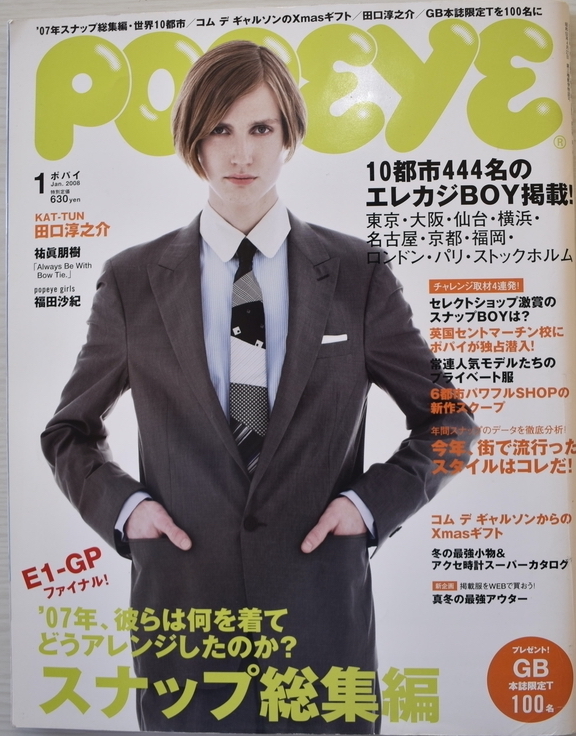 The Grand Prix on the right page is a very short women's brand military outerwear with tartan plaid skinny pants, Dior Homme boots and leather gloves. Two of the semi-grand prix on the left page are hats, and the hem of the skinny pants is in the high-top sneakers. From the current feeling, the overall impression is quite rugged. 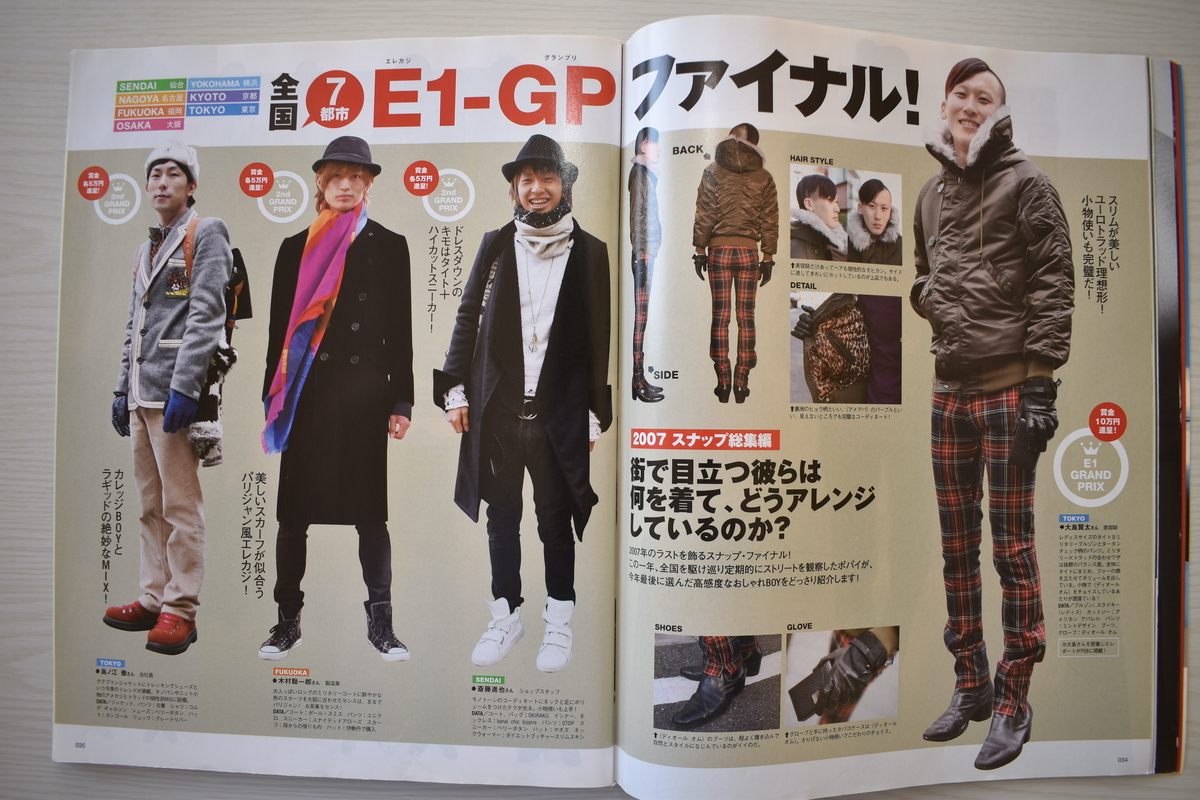 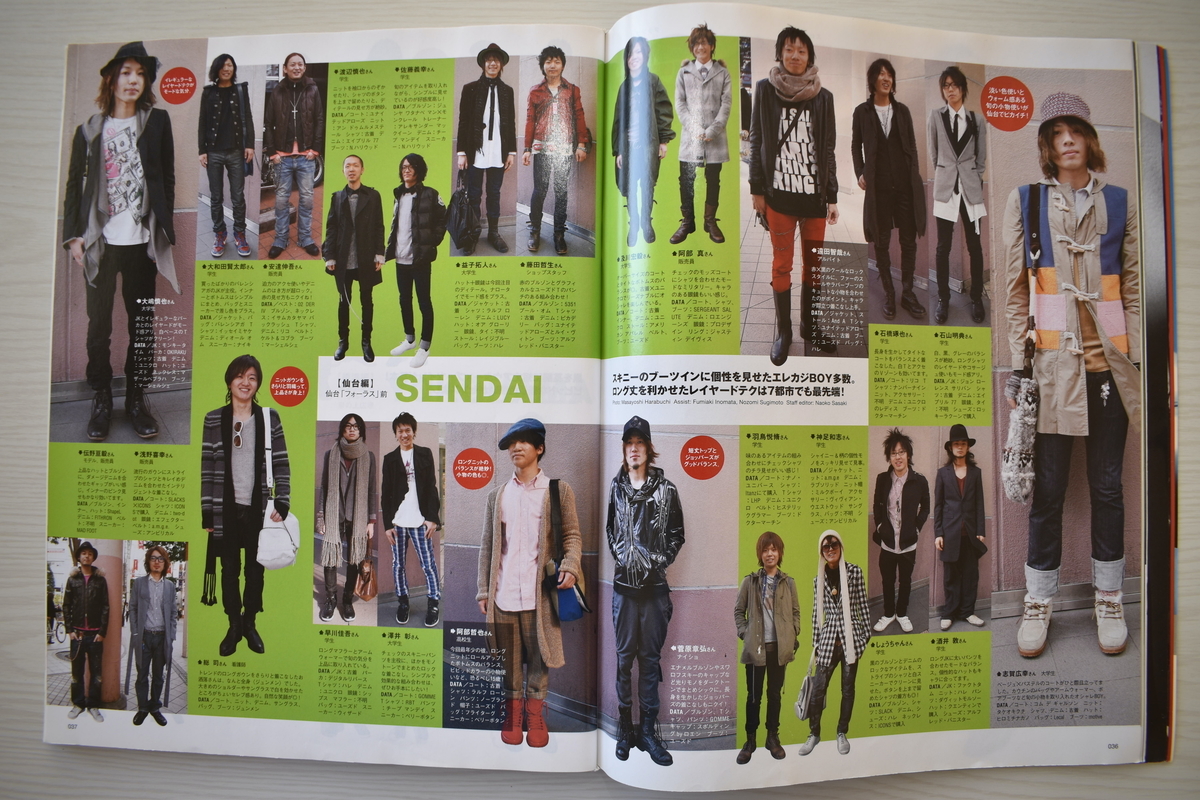 This is the hem boots in. I wore a hoodie with a drape feeling under the jacket, no, I wore a similar hoodie at that time ... 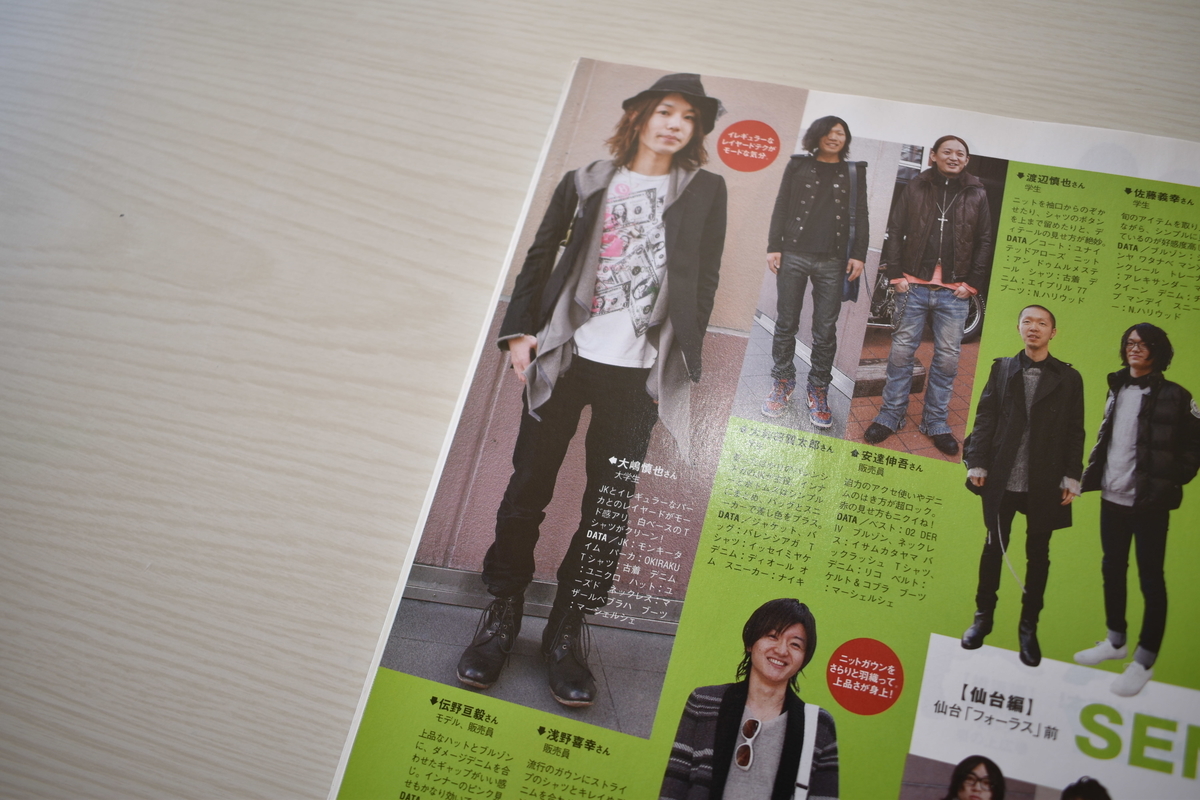 It is also a feature of this era that a scroll such as a muffler and a stole is wrapped around the neck to give it volume. 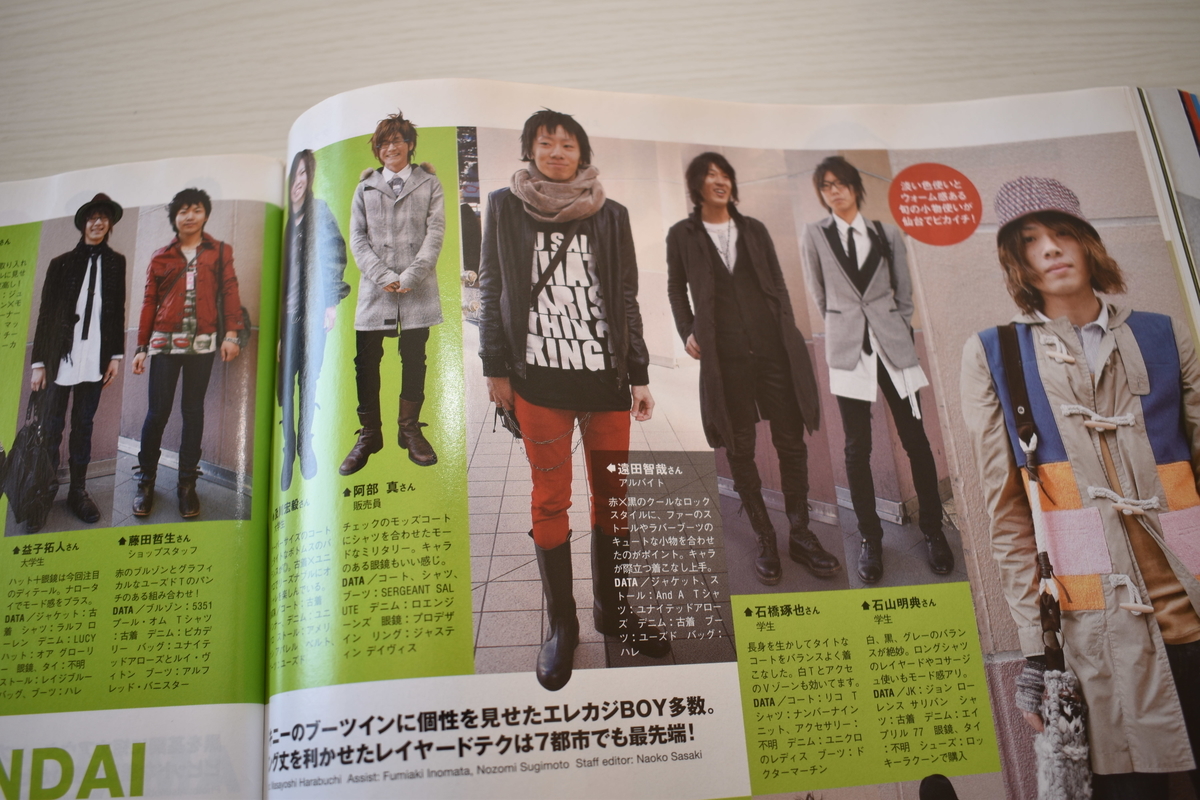 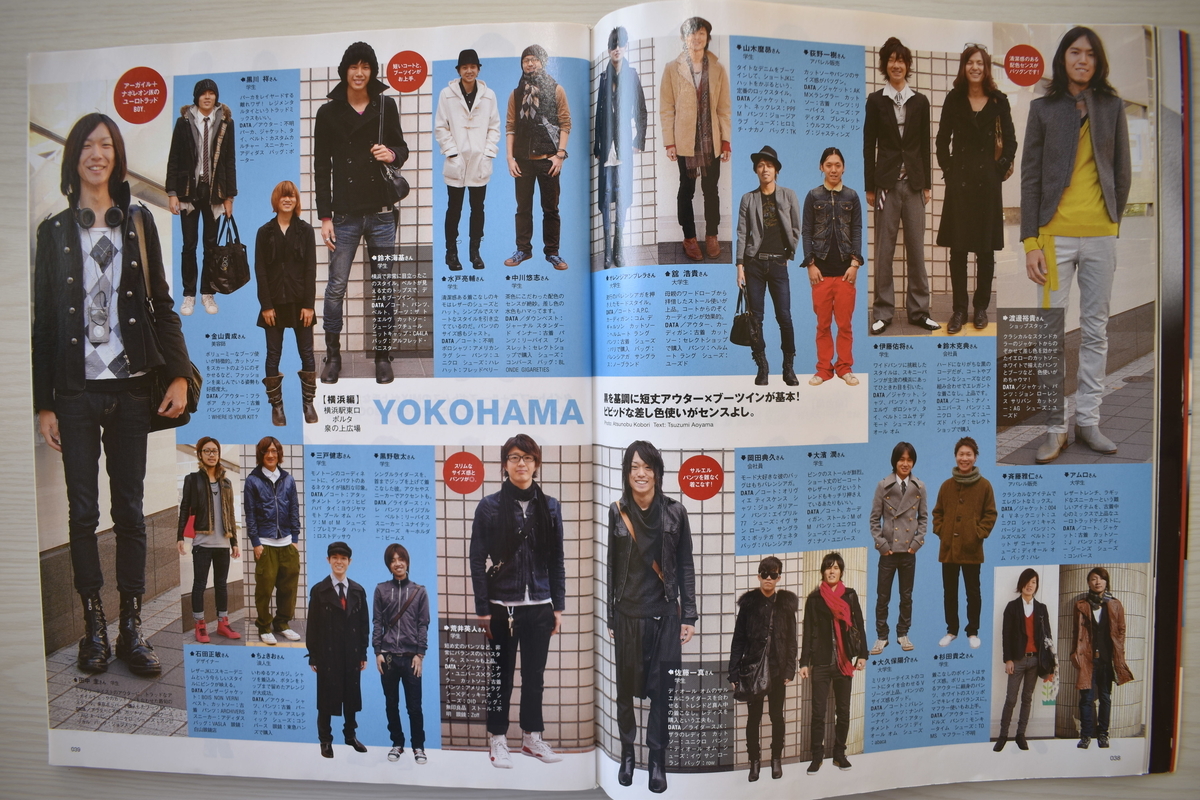 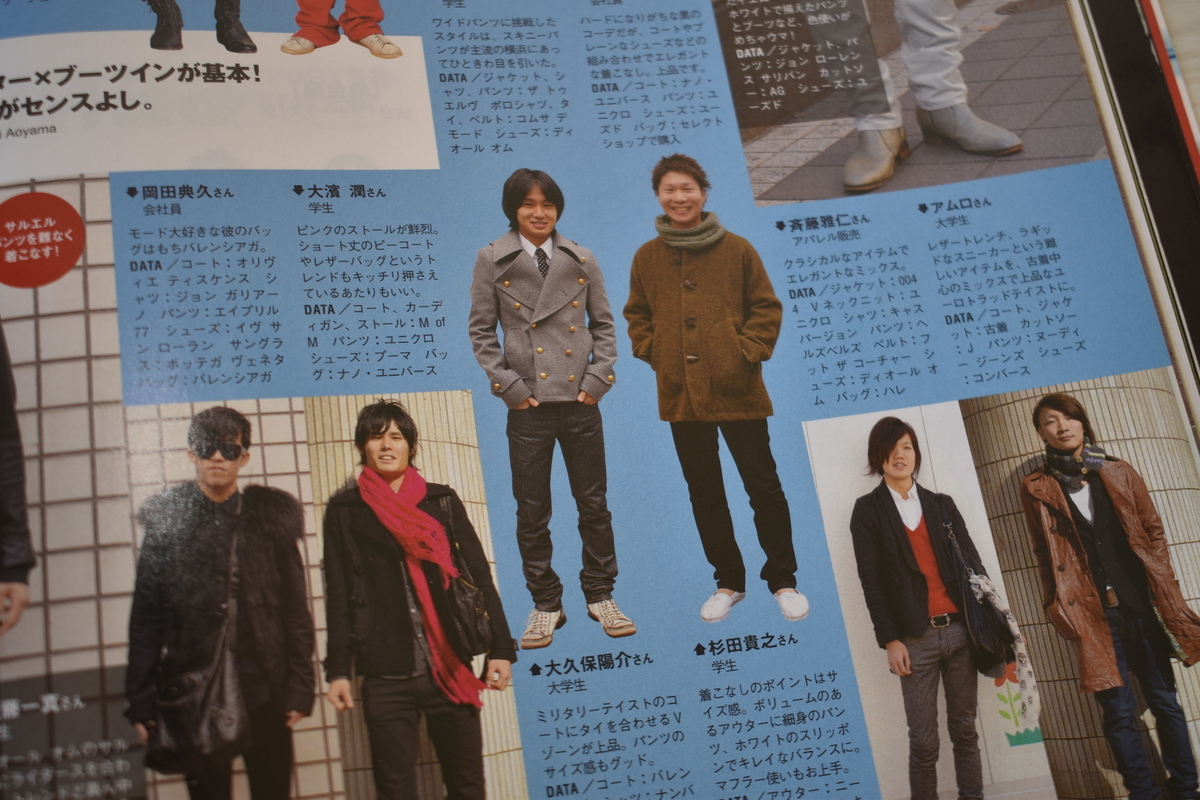 Napoleon jacket with distinctive buttons. I think Balmain has come up with it. Really, everyone has a compact silhouette. Especially for pants, the fine skinny is very noticeable. And the hem is boots in. 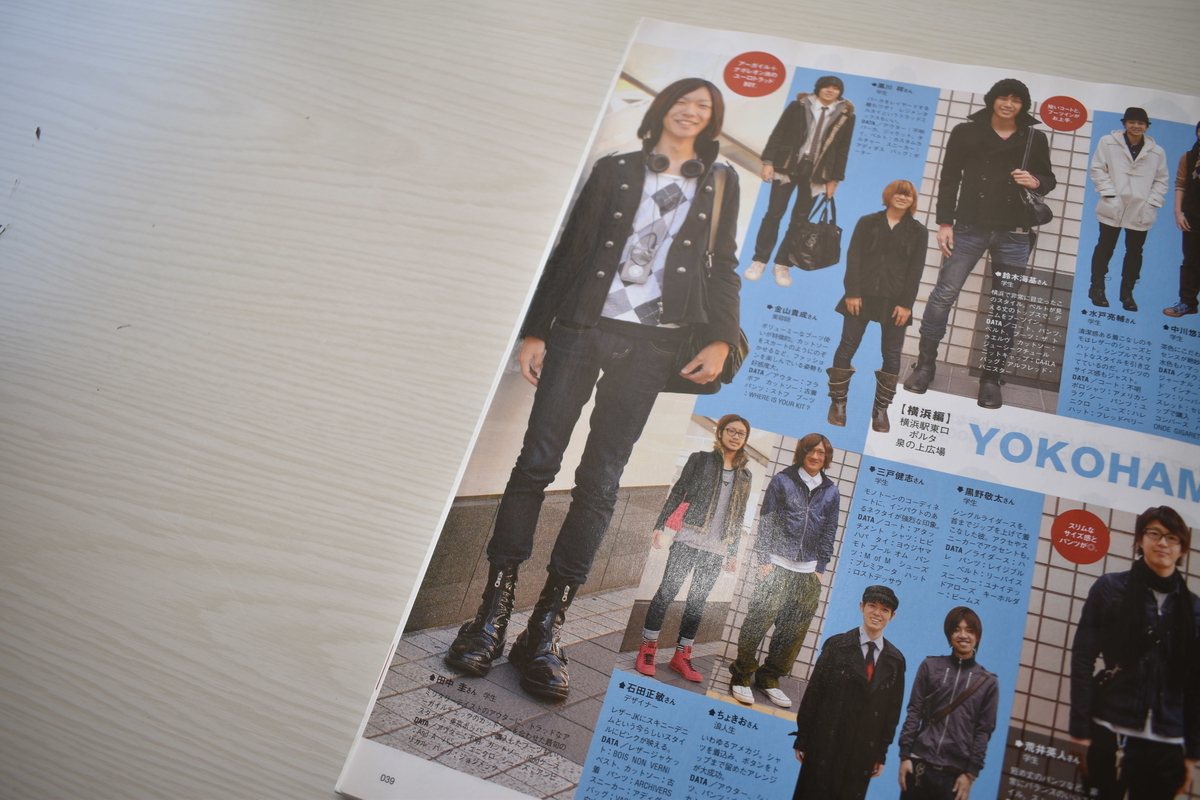 This is a women's fashion magazine around the same time. It was popular regardless of men's or ladies'. 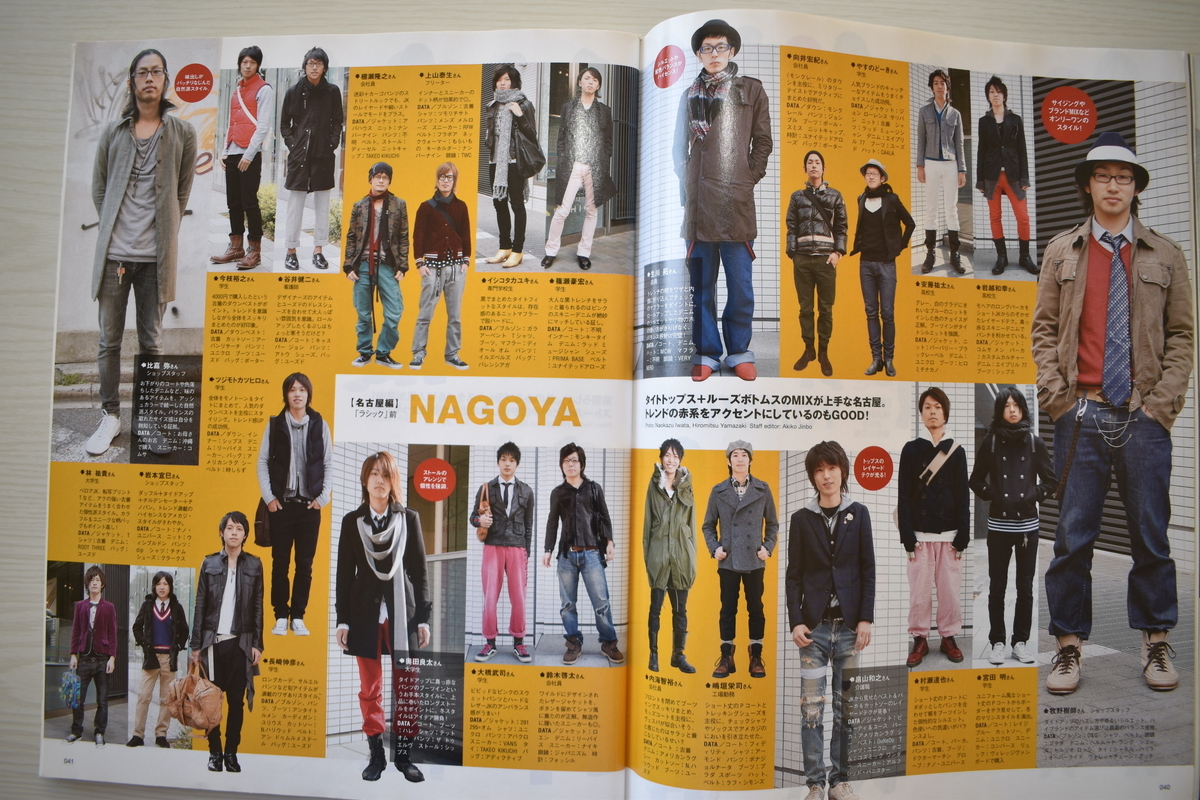 This kind of earthy color was also popular in some areas. You will notice the cut-and-sew with the inner drape. 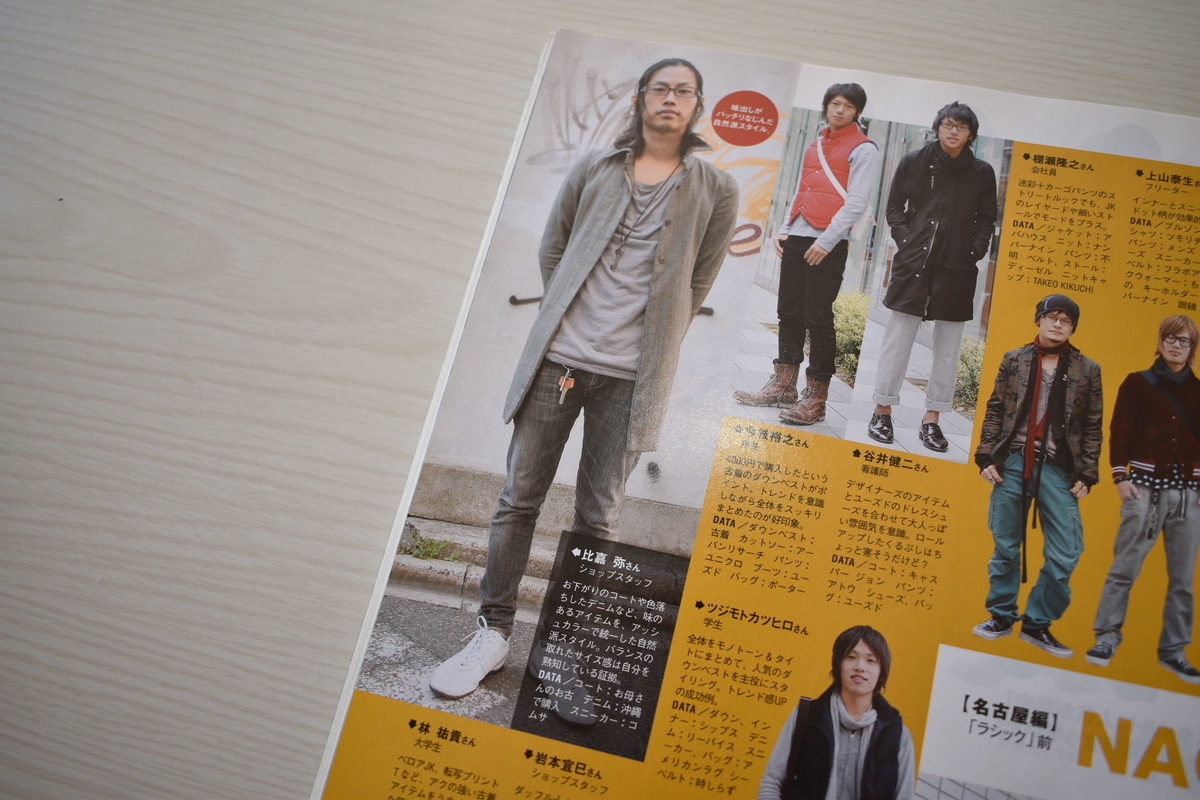 He also wears a cut-and-sew with a drape under the blouson. 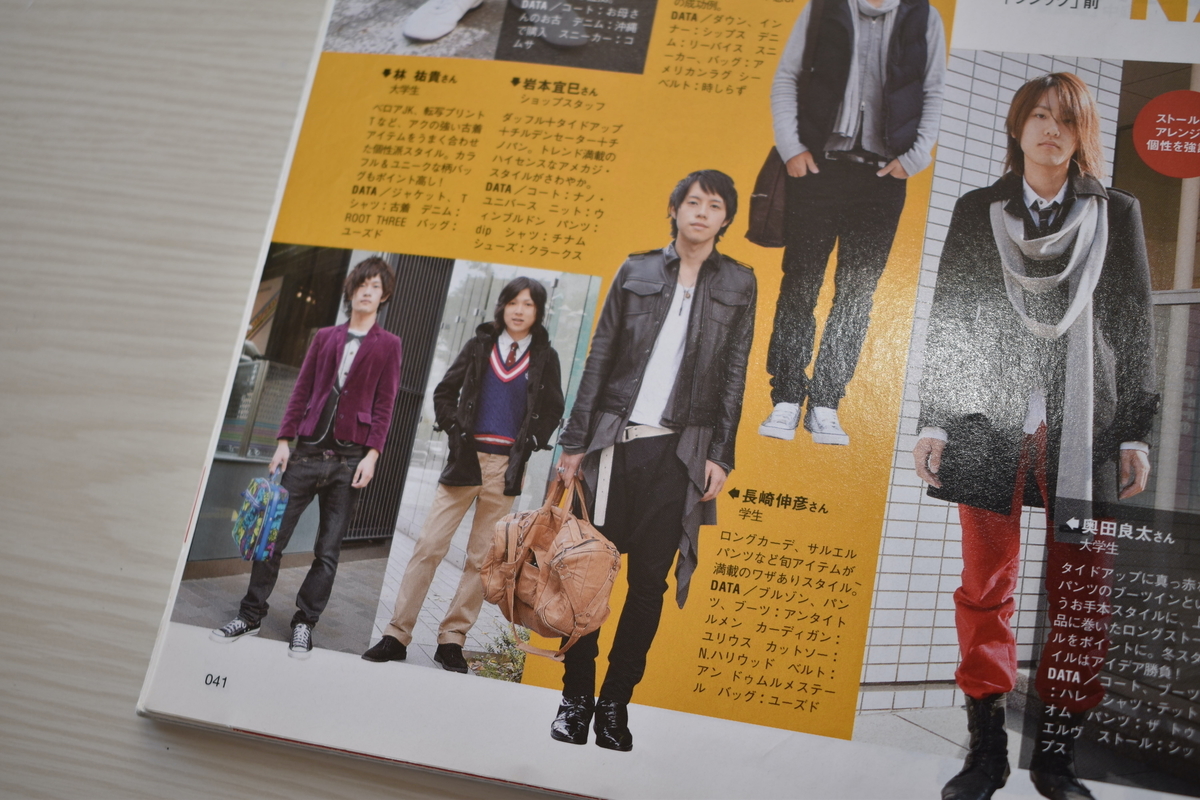 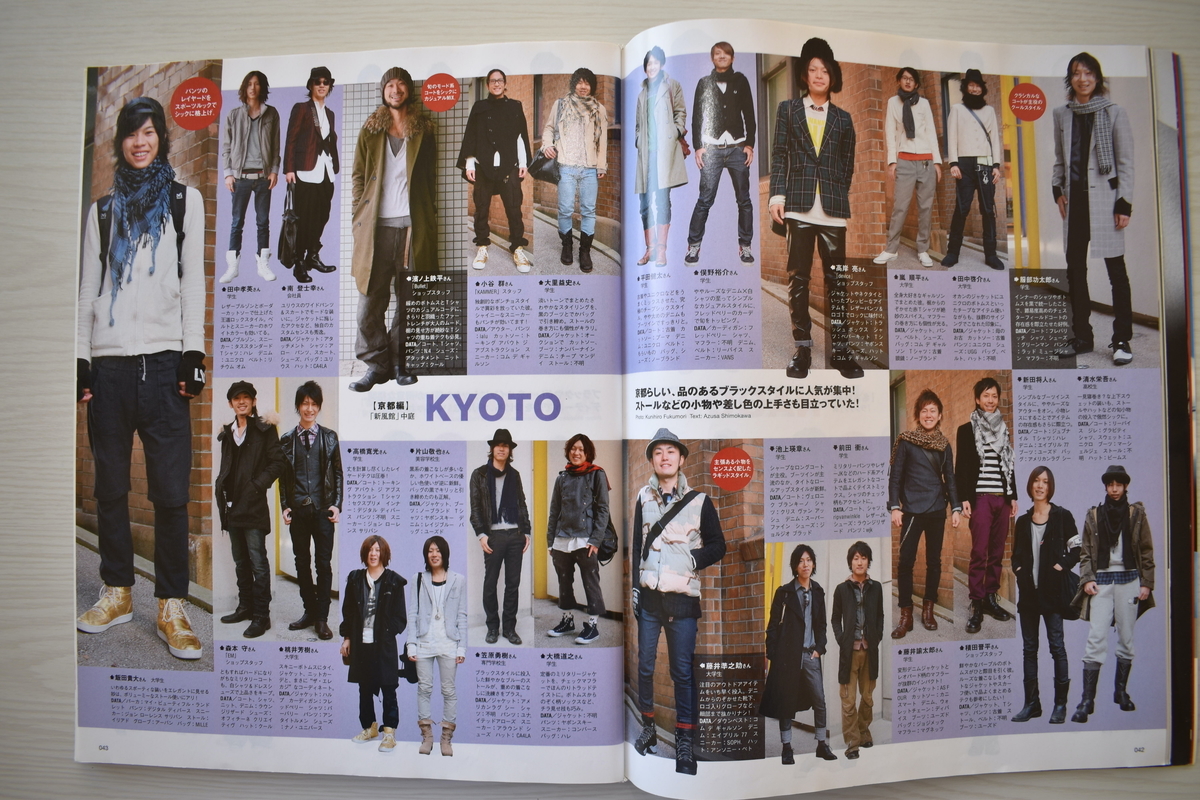 The way of winding the Afghan stole is quite characteristic. 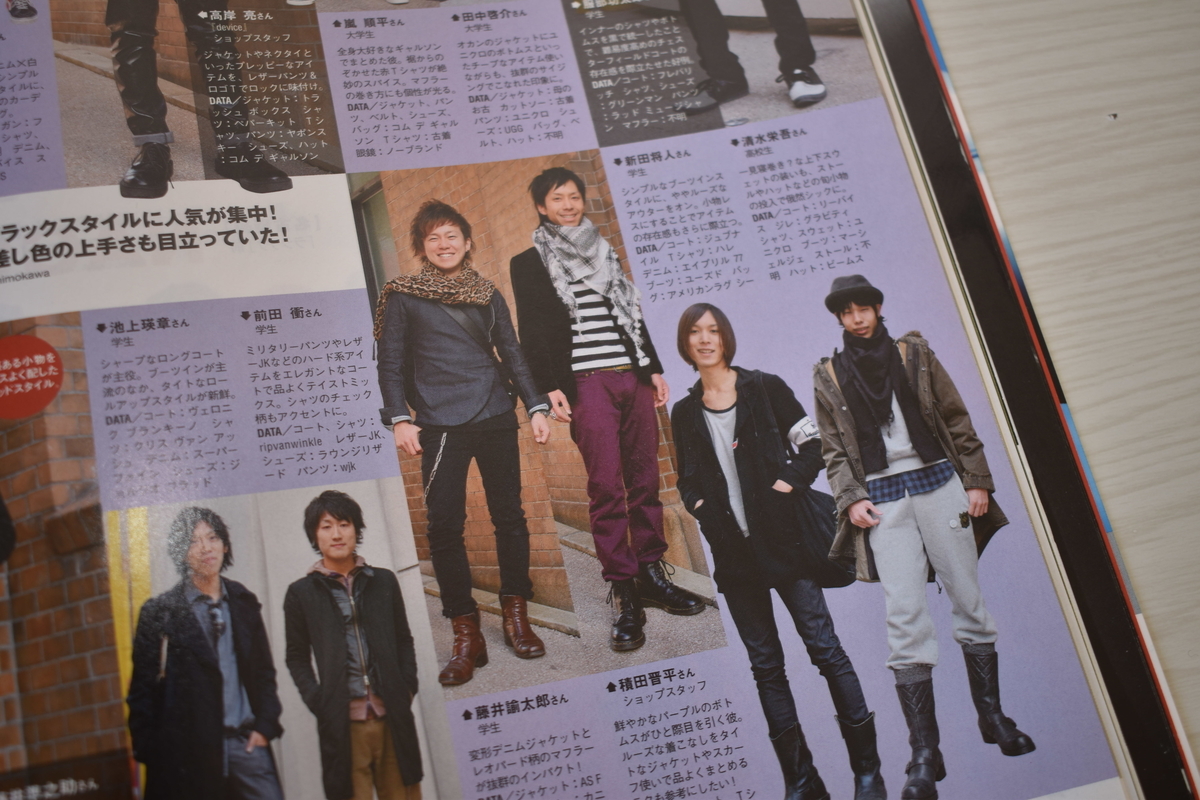 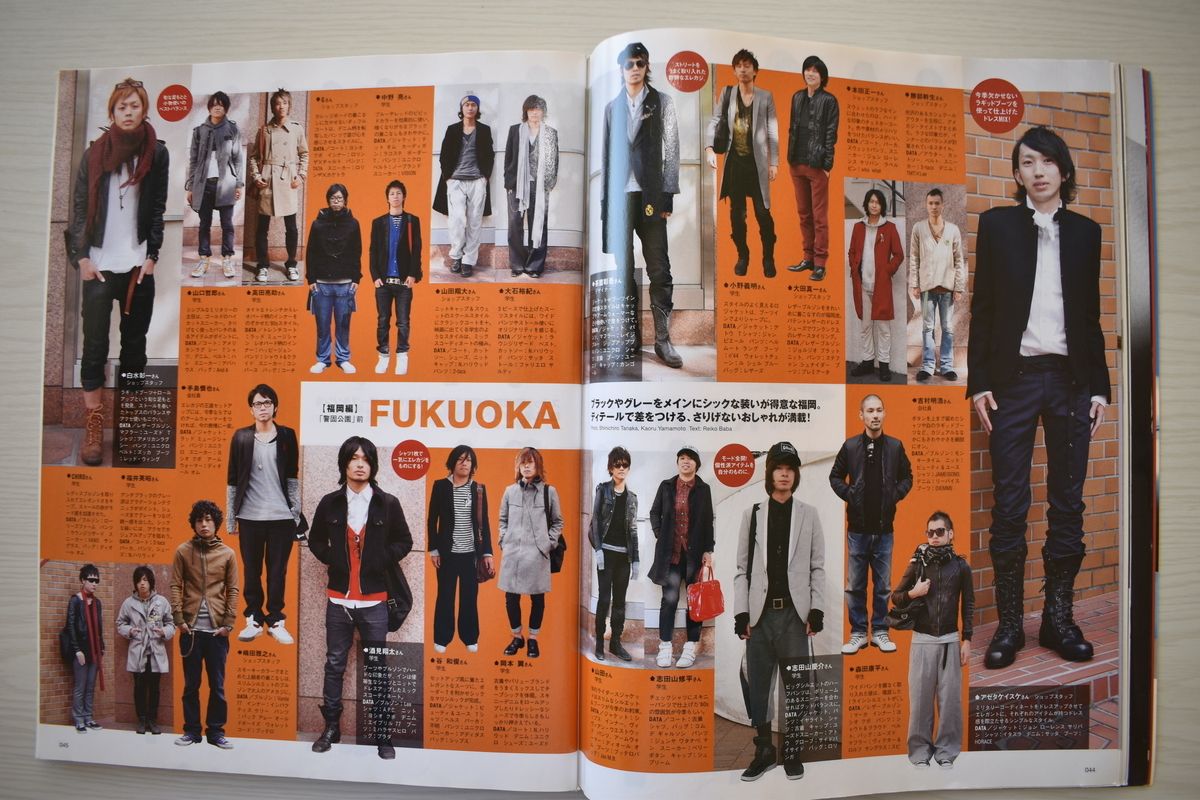 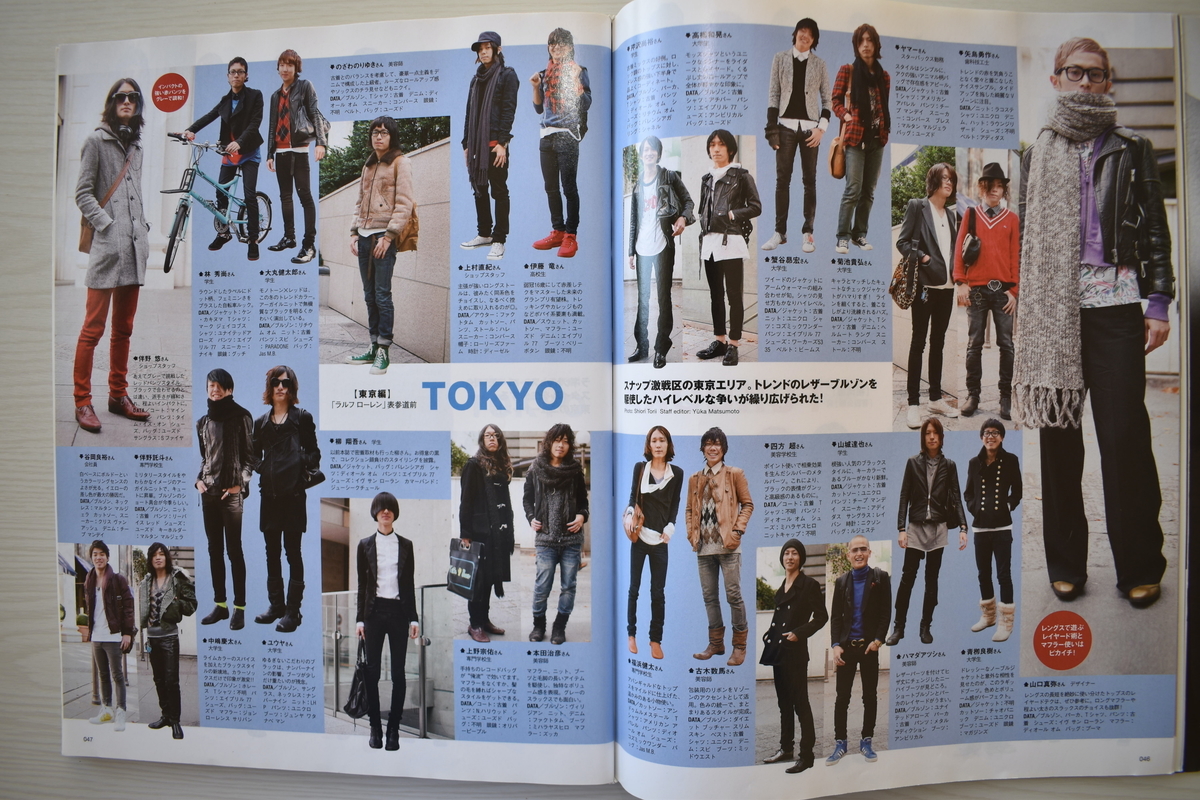 This is also a Napoleon jacket style. 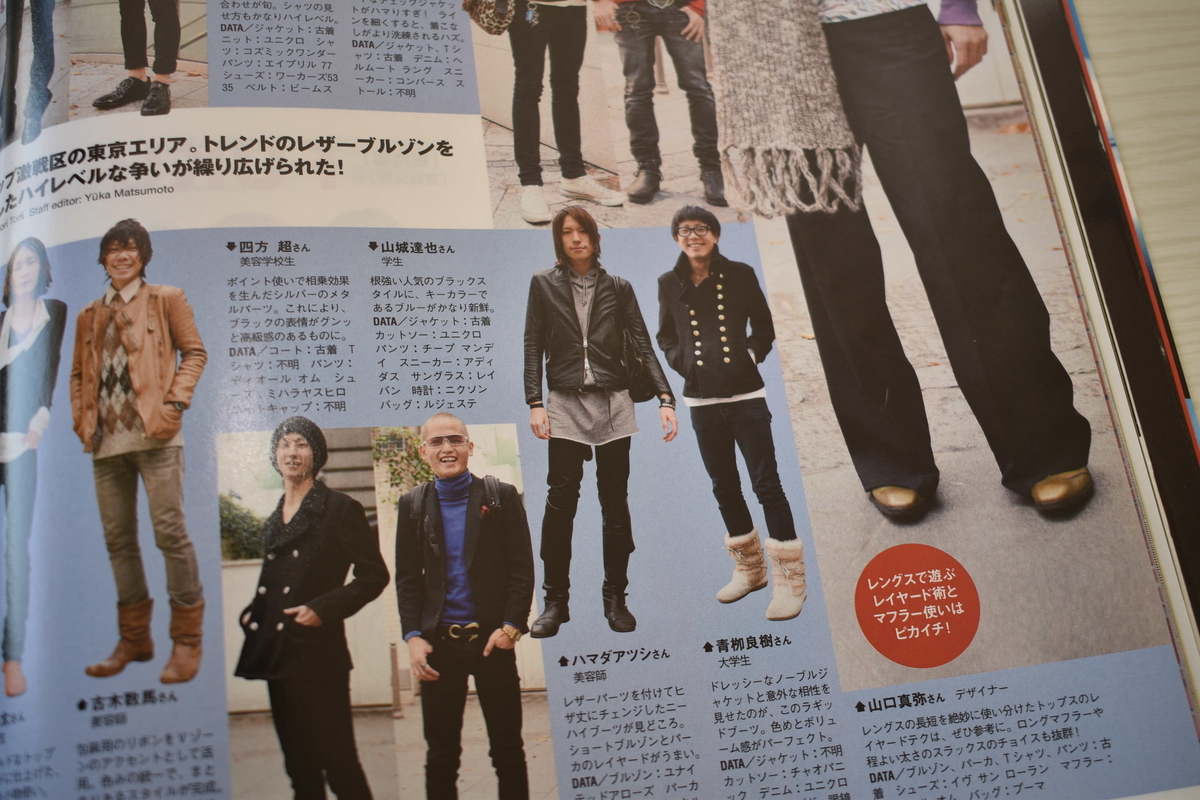 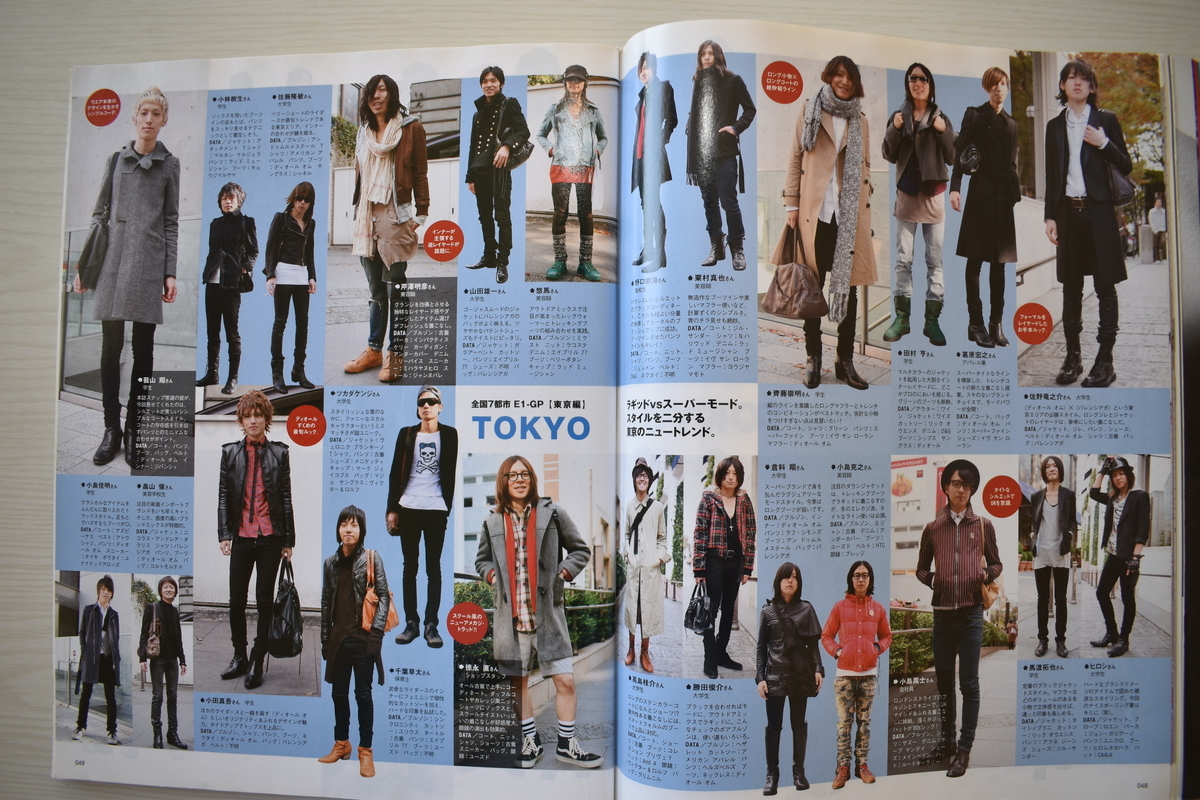 The size of the neckline of the long length cut and sew is amazing. 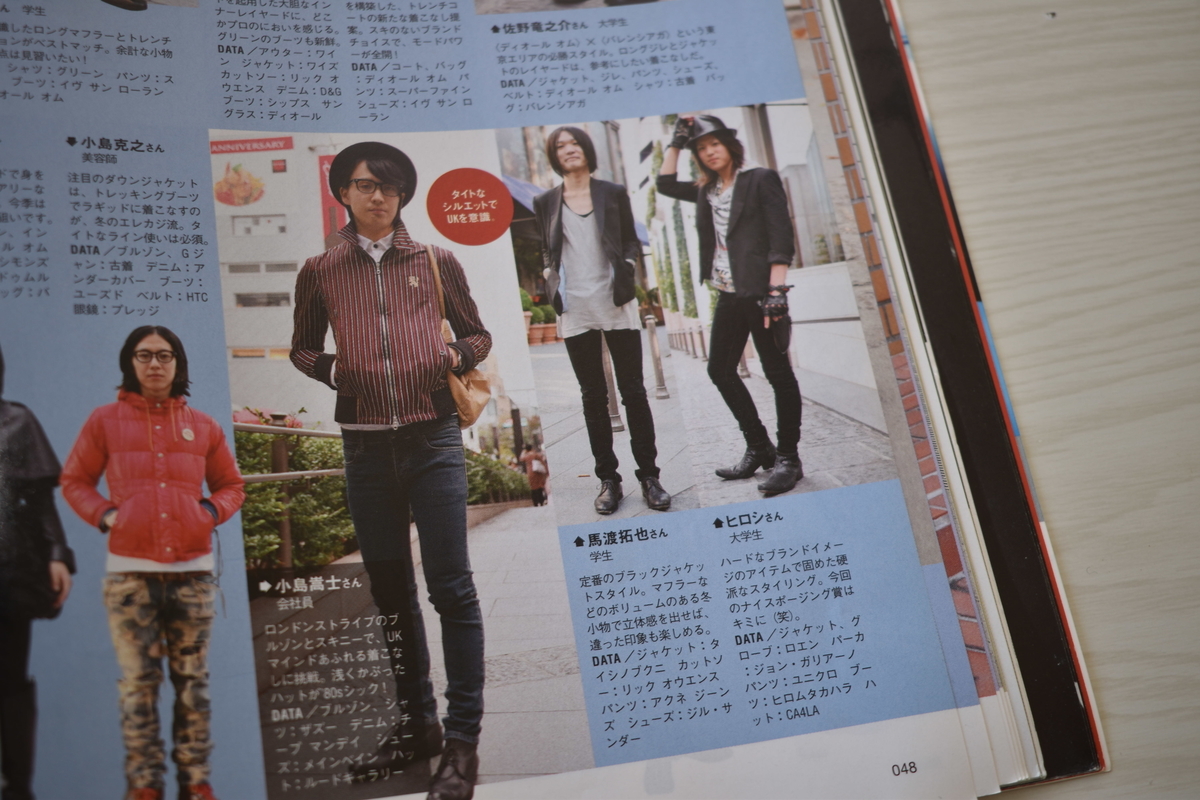 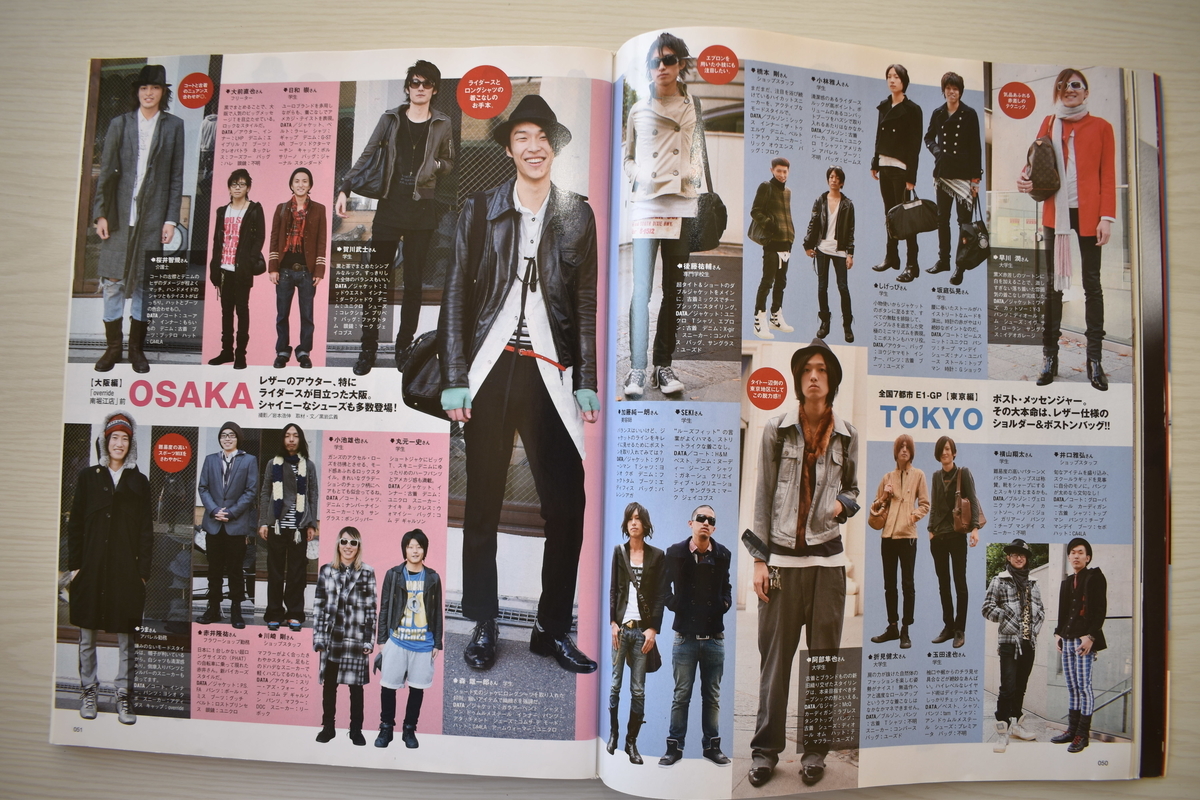 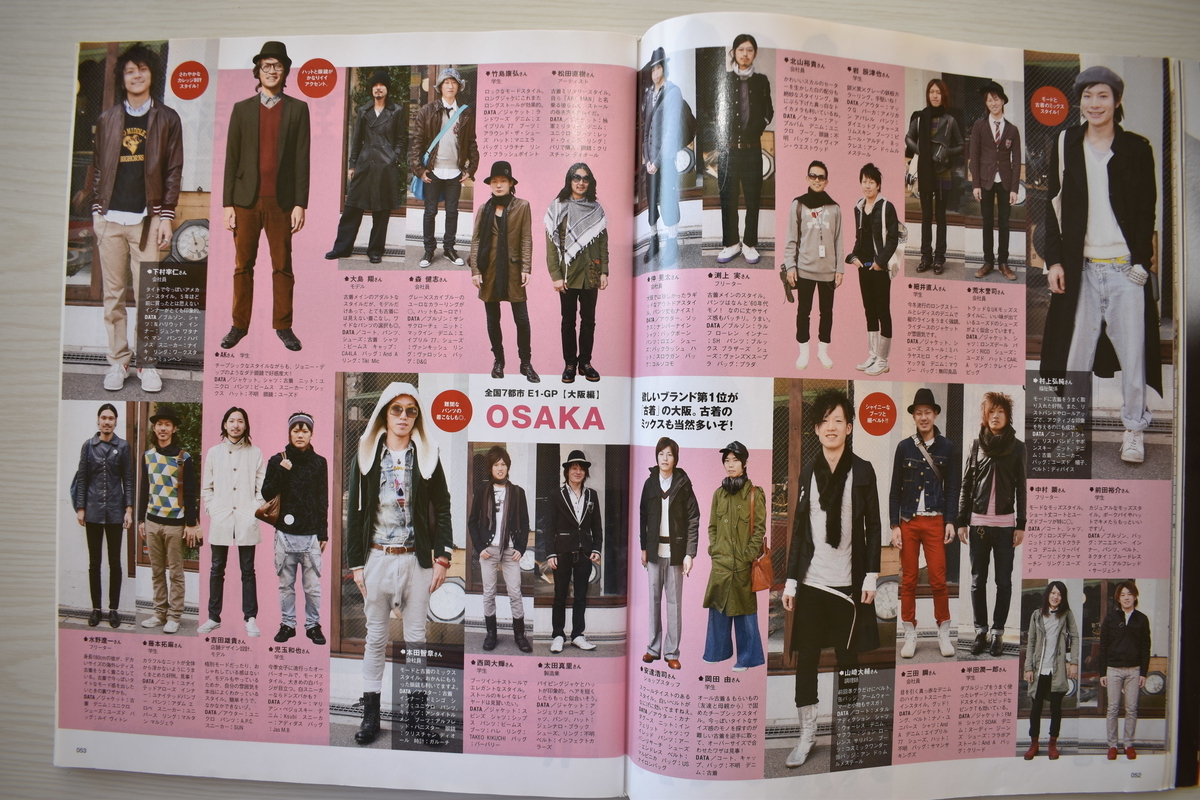