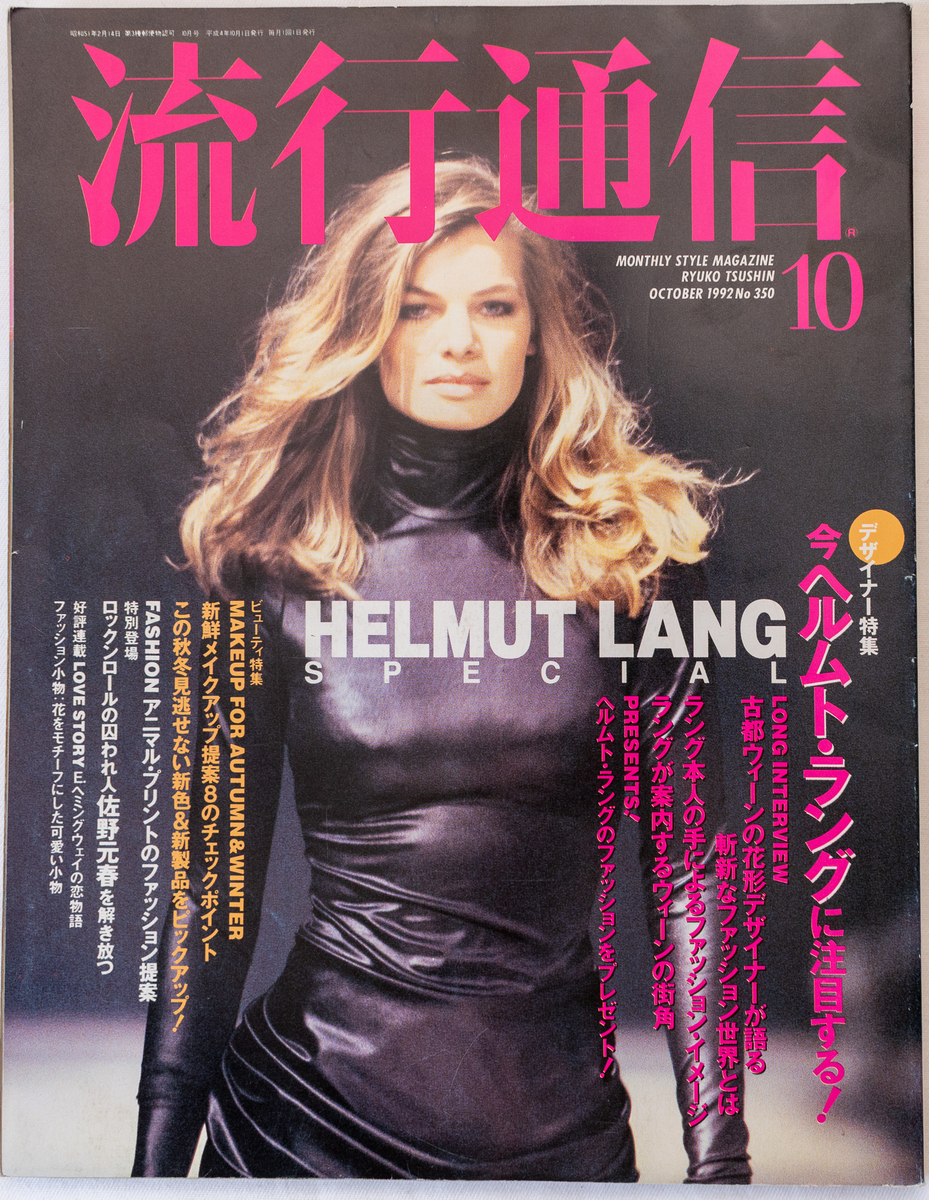 This is a continuation of a long interview with Helmut Lang.

After spending an emotional childhood in the countryside of the Alps, Helmut Lang began to learn naturally and intellectually in Vienna in his youth, surrounded by ancient culture. 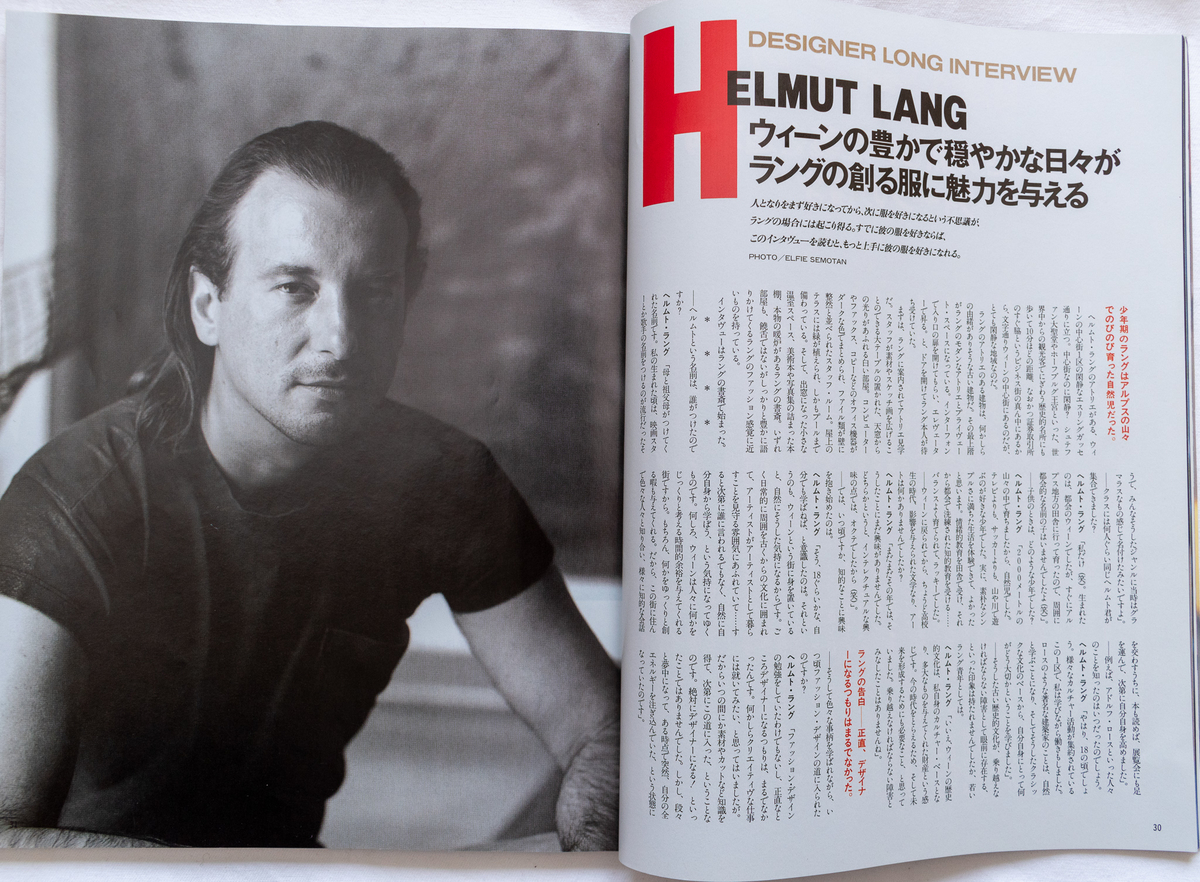 I also worked while learning in this 1st district where various cultures are concentrated. A prominent architect like Loos naturally learned, and from the base of that classic culture, he learned what was important to himself.

Loos is Adolf Loos. Adolf Loos seems to have been special to Helmut Lang, as the name and work have appeared many times in this issue's feature. 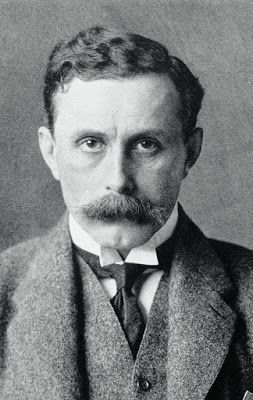 Adolf Loos (December 10, 1870-August 23, 1933) is a 20th century Austrian architect. He introduced pioneering works of modernism to the world, and his claim that "decoration is guilty" has caused ripples in the architectural world.

Loos, who had a father who was a sculptor and mason, was born in 1870 in what is now the Czech Republic.

After studying architecture for three years at the Polytechnic Institute in Dresden, he moved to the United States at the age of 23. While he worked as a bricklayer, draftsman, parquet, etc., he lived in various cities in the United States.

Many Adolf Loos texts, including Wikipedia, say that he was greatly influenced by the American architecture he saw while in the United States.

In the United States, He also touring the Chicago Exposition. Loos returned to Europe at the age of 26 and settled down in Veen. The battle against decoration begins, but this is not, as often misrepresented, inspired by American architecture. Loos himself said that these ideas came to mind when looking at the new trunk and comparing today's garments with modern crafts and architecture, which came to life much later. It became a ripe form in the dissertation "Decoration and Crime".

Looshaus (completed in 1911) is often mentioned as a masterpiece of Adolf Loos. 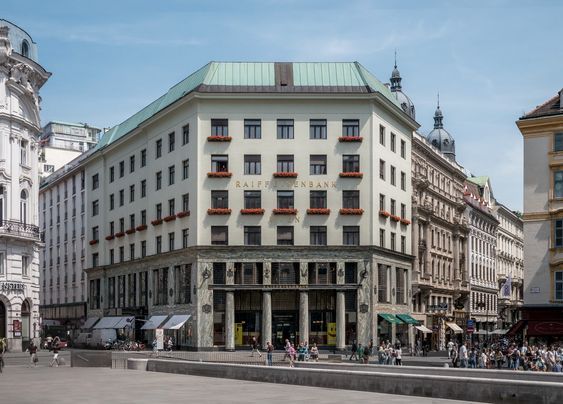 It's hard to imagine from the current values, but the design of this façade became a problem because it was too simple, and the construction work was interrupted many times. As a compromise, the Looshaus was completed by installing flower beds in several windows.

The phrase "decoration is guilty" tends to give the impression of a thorough minimalist denying all decorations, but looking at the buildings by Adolf Loos, it turns out that this is not the case. increase.

Order from the perspective of life

For example, this is one of the masterpieces, Muller House. Completion is 1930. The exterior design, such as the white walls and the small windows lined up in an orderly manner, seems to be a person who insisted that "decoration is guilty" and has a very simple impression. 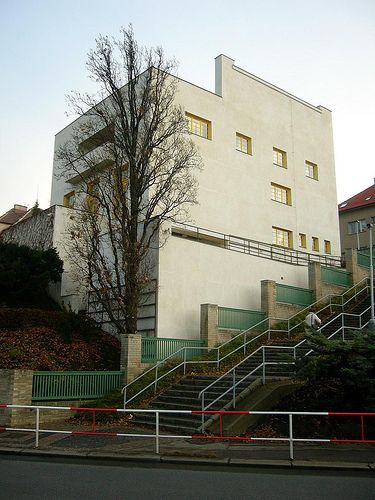 However, when you step inside, that impression changes completely. Decorative furniture with curved lines. Marble walls and graphic wallpapers are far from simple and decorative. 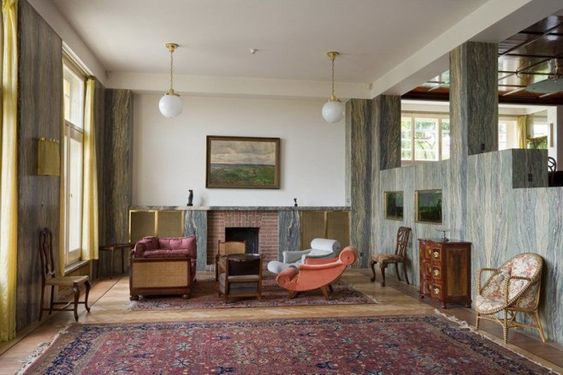 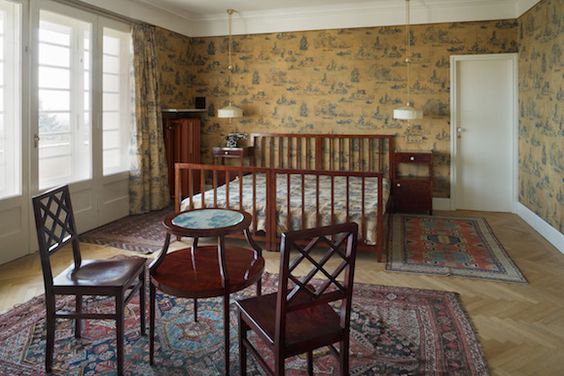 In the book above, Adolf Loos's style is described as follows.

Loos removed everything from home that was detrimental to life and put the essentials in the right places. Loos healed things from the scratches made by the decoration.

Recognizing the rights of life was of utmost importance to Adolf Loos. He examined everything with a kind heart and did not ignore even the smallest thing, but only demanded that everything be ordered from the standpoint of life. Furniture should not be placed without considering its relationship to the room as a whole. Loos placed furniture in its proper place, or built it in, so that people could move about freely. By fighting decoration, Loos saves labor time and materials, and creates living spaces suitable for modern people through new, previously unimagined ways of using space.

Adolph Loos did not simply eliminate ornamentation for the sake of simplicity of design, but he was passionate about "order from the perspective of life" and how to make life better.

No longer need to assert individuality in clothing.

Adolf Loos was active not only in the field of architecture, but also as a writer, contributing reviews to newspapers and magazines.

This book, "TROTZDEM" is a collection of his contributions to not only architecture, but also fashion, cooking, and many other fields.

Here, Loos uses fashion as an example and says the following about decoration

Stripped of their ornamentation, many of the arts rose to previously unimaginable heights. Beethoven's symphonies could never have been composed by a man who walked around in silk, velvet, and lace. Nowadays, people who walk around in velvet jackets are not artists, but clowns or painters. We have become more sophisticated and delicate. Whereas in the past, the foolish knew only how to express their individuality outside of their colorful clothing, today people only need clothing as a form of body wrapping. The individual has become so strong that he or she no longer needs to assert his or her individuality through clothing. Undecorated is a testament to the power of the spirit.

This passage reminded me of a quote I once found on Instagram by hip-hop artist TOKONA-X: "People who aren't confident in themselves want to wear something different from others, but I have a strong sense of self. So it's okay to wear the same thing as others.

Those who are not confident in themselves want to wear something different, but I have myself firmly. That's why I don't care what I wear like people.

Now, in light of these works and spirit of Adolf Loos, if you take another look at the clothes of Helmut Lang, who respected him, you will feel differently, won't you? 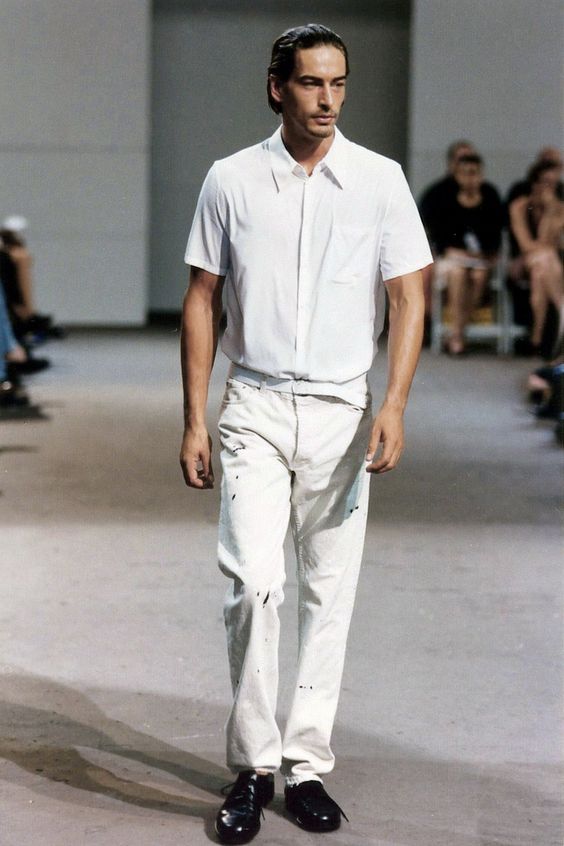 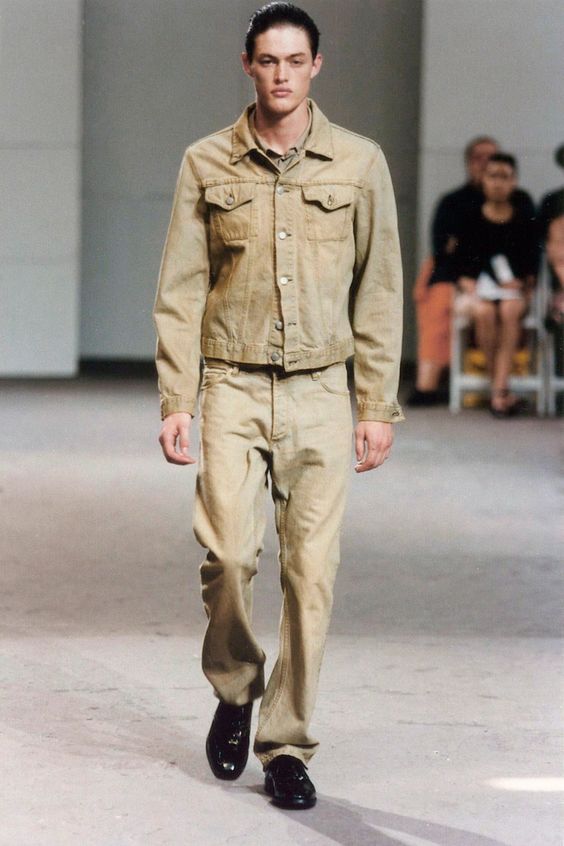 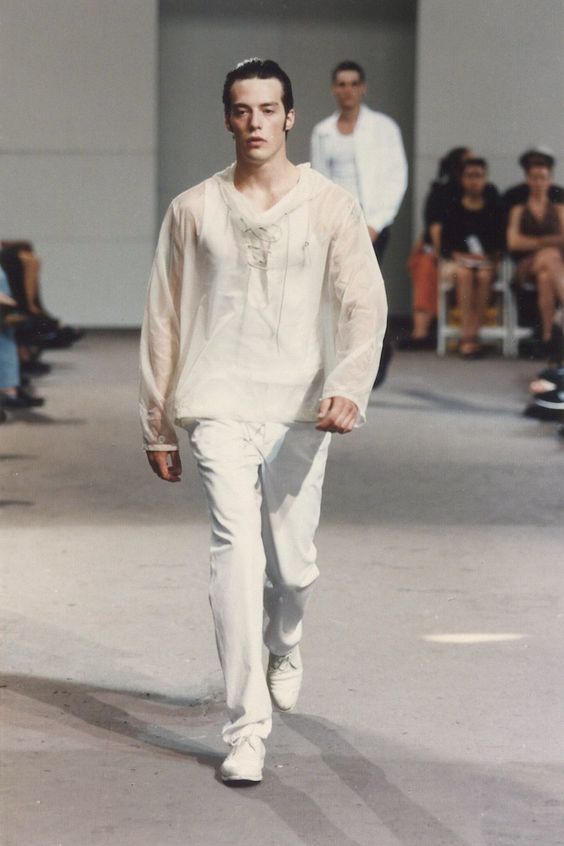 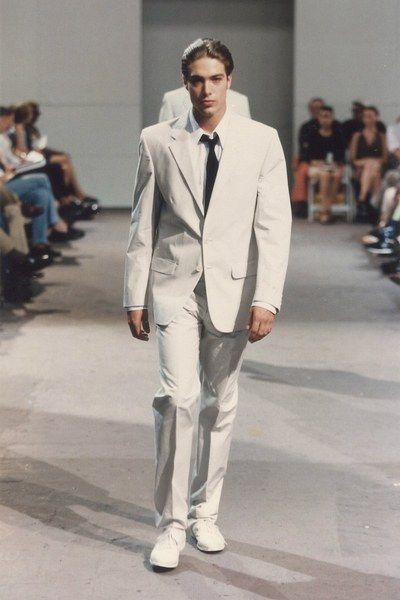 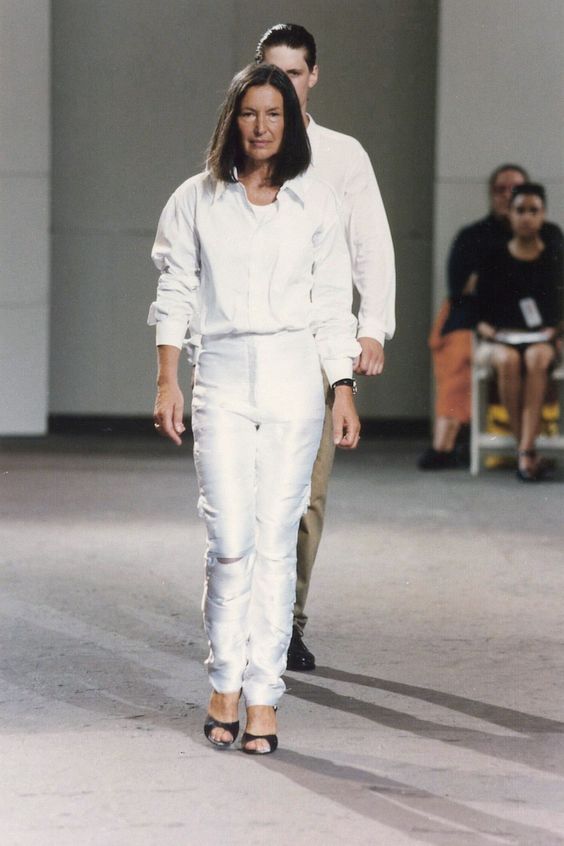 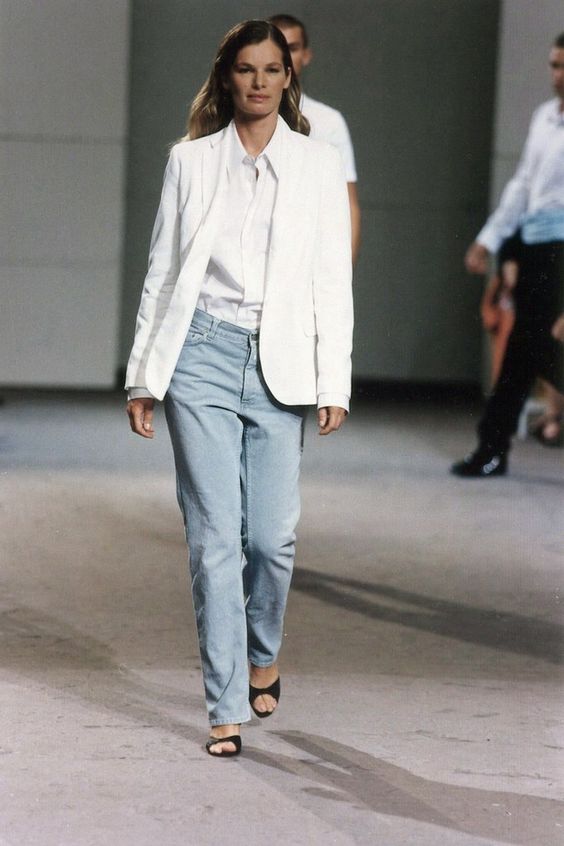 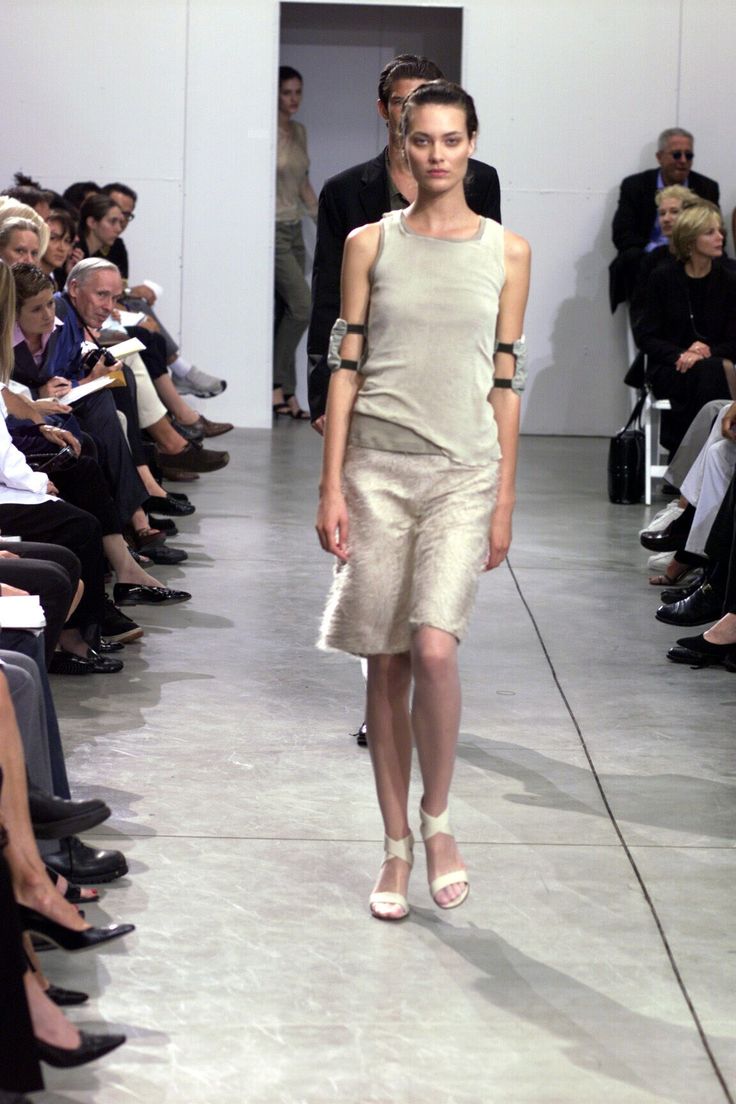 The opening page of this feature states. 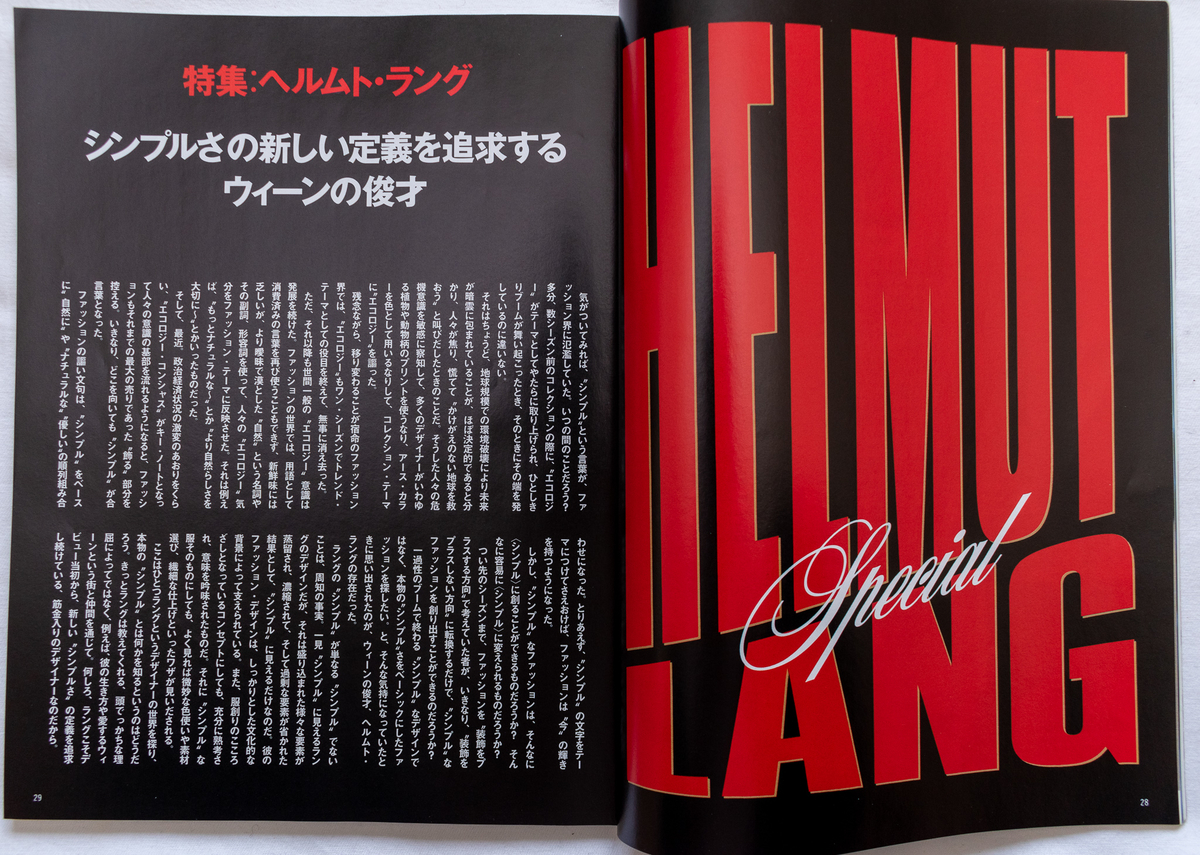 At first glance, Lang's design may appear "simple," but this is only the result of the distillation and concentration of various elements, and the omission of excessive elements. The "simple" is the result of distilling, concentrating, and omitting excesses. His fashion designs are grounded in a strong cultural background. The concepts behind his clothes are also well thought out and carefully considered. Even the "simple" clothes themselves, if you look closely, you can see the subtle use of color, choice of materials, and delicate finishing.

Like Adolf Loos, Helmut Lang is not just simply simple in design.

What was presented in Helmut Lang's collection was not the kind of clothing that is designed for the sake of design, as is often the case with designer brands.

This seems to me to overlap with Adolf Loos's "order from the viewpoint of life.

In the above-mentioned book, "Adolf Loos," the following words of Adolf Loos are introduced.

It is only acceptable to do something new when it can be done better. Only new inventions (such as electric lights or wood-cement roofs) can puncture the traditions of the past.

The modern mind demands, among other things, that things be practical. For the modern mind, beauty is the highest degree of perfection, and since the impractical is never perfect, it is not beautiful at the same time.

And it also had a novelty that seemed to puncture tradition.

What would the sharp-tongued Adolf Loos have said when he saw Helmut Lang's clothes?